AAA Play are thrilled to have the support and voices of a diverse and passionate group of Ambassadors.

All of our Ambassadors donate their time to champion the Access for All Abilities program. 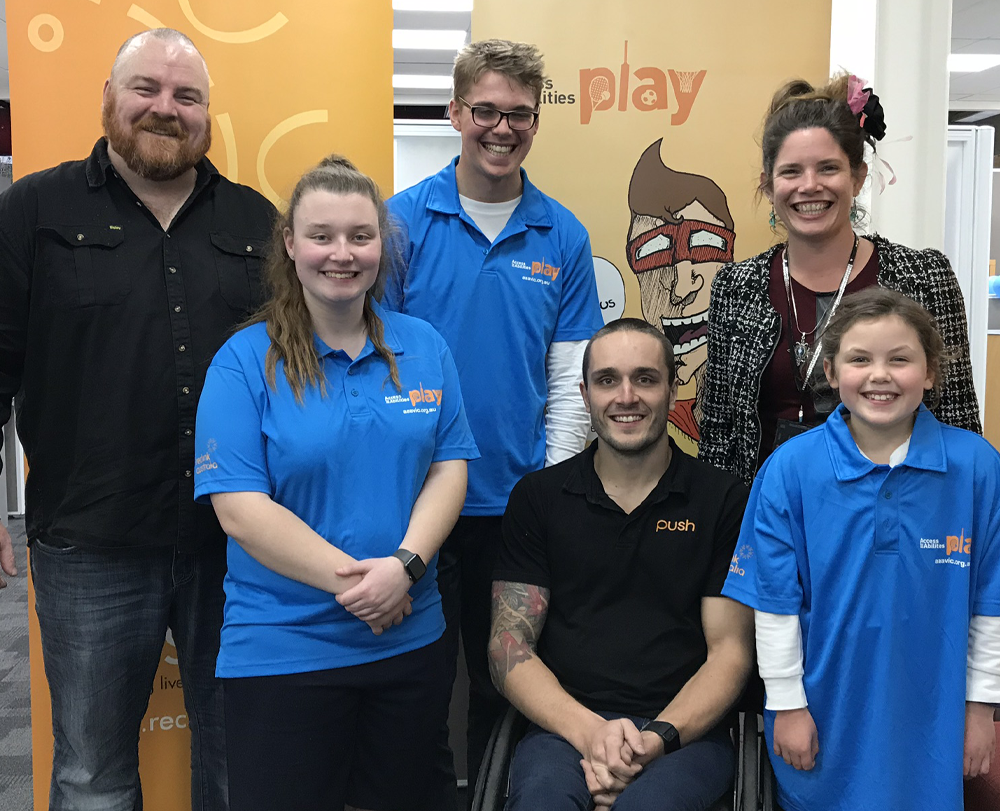 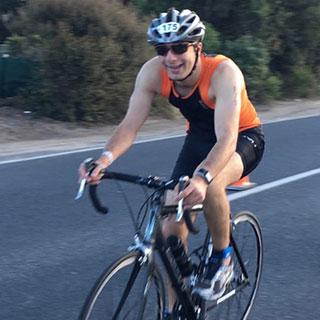 Andre has always had a keen interest in sports and was involved in junior football and cricket as well as swimming from a young age. He found his niche in swimming and participated in squad and competition in S14 Multiclass for a number of years despite some long breaks due to a persistent shoulder injury.

In late 2015 Andre discovered Inclusive Sports Training and under the guidance and support of coach Liz Gosper went on to complete his first triathlon, where he was awarded 2015 Multiclass State Open Champion. This was an amazing experience and opened a new world of sport and friendships.

His success and enjoyment inspired his sister Tash to begin triathlon training and together they completed Hawthorn Triathlon Club’s try a tri program. With the encouragement of Tash, Liz (IST) and Hawthorn Tri Club, Andre participated in both the Active Tri Sprint Distance Triathlon and the Martha Cove Olyfest Sprint triathlon with the support of a buddy alongside him. After such wonderful and positive experiences he had the confidence to compete by himself in the Multi Class category for Race 5 of the Gatorade Triathlon Series.

Andre’s efforts and commitment to improve resulted in him receiving the ‘Most Inspiring Athlete’ award from Triathlon Victoria in May 2016. This was a very significant award for him as it gave him the belief and confidence in his sporting abilities.

Alongside his IST mates Andre is currently participating in Triathlon Victoria’s Duathlon Series, multiclass category. He is a member of both the Hawthorn Tri Club, Inclusive Sports Training and an active member of Evado Studios gym.

As well as working part time, Andre helps out at Cycle Collective spin room, where he has had the opportunity to work out with the Victorian Bushrangers cricket team. He also buddies Liz Gosper with swim training and loves the role of mentoring.

His current focus is triathlons and he trains every week on his road bike, in the spin room, at running group and in swim squad.

Andre is very proud to be given the opportunity to be a AAA ambassador and is keen to share his experiences in sport to motivate and encourage others to participate in sporting programs. Participating in sport not only increases health and fitness but also develops friendships and can open up a whole range of life opportunities. 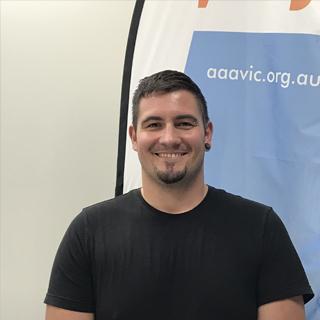 Andrea comes from an Italian Family, born in New South Wales. His dad travelled for work and Andrea's family was lucky enough to follow, giving them the opportunity to live in places such as North Africa, the Middle East and South East Asia. Andrea always loved sport as a kid. He won a few 1st place ribbons at primary school swimming competitions and played high school basketball and rugby. When Andrea discovered snowboarding, he ignited a passion and hasn't stopped since. 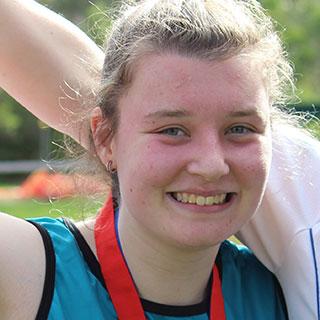 Chelsea sporting career began with dance at age 5 in her Primary School years. She moved to Ashwood School in 2013 and began to take advantage of the extensive school sporting program.

Chelsea loves to take advantage of any sport opportunity available. Her skills have been developed in the Physical Education program and Chelsea has represented the school in many team sports including Basketball, Netball and Soccer. Ashwood School is actively involved in the School Sport Victoria pathway. Chelsea has represented Ashwood at Regional and State levels in Swimming, Cross Country and Athletics with great success.

On the weekends Chelsea has participated in Triathlon Victoria Triathlons and Duathlons. She has claimed runner up State Champion in the State Multiclass Duathlon Intermediate division.

Chelsea always displays, enthusiasm, great sportsmanship and keeps improving her skill level. Fun, fitness and friendship have been great outcomes for her with students in and out of school. 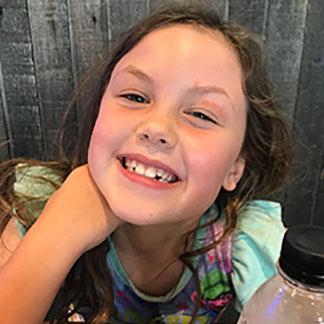 Evie-Rose is eight years old and loves swimming, singing and dancing. She was diagnosed with scoliosis in 2017 and since then has had to wear a back brace to try and prevent the curve in her spine getting worse. She loves being in the water and for the last 3 years, she has been an active member of the Mordialloc Lifesaving Club in their Nippers program. Evie-Rose participates in weekly training sessions and regular competitions with other local clubs, as well as doing weekly swimming lessons at her local pool. Evie-Rose has also put together dance routines for her school's Mordi Idol competition in 2017 and came 3rd! She loves being a part of her drama classes, playing board games, setting her family math challenges and Taylor Swift.

Harry is passionate about bringing fresh ideas and a positive attitude to motivate people with a disability to have a 'can do' approach to Sport and Recreation. He loves to ask questions, public speaking and generally having fun! Harry's involvement in sport includes a love of athletics, cross country, triathlon, tennis, swimming, AFL, basketball and skiing, including representing Victoria in athletics. He is also completing a Certificate 1 in Work Education: Sport at Victoria University, on top of already successfully achieving a basketball coach accreditation. Harry is a basketball coach for a division 3 power assist basketball competition team and member of several sporting clubs including Special Olympics (Melbourne Inner East), Hawthorn Triathlon Club, Old Xavier Athletics Club and IST. Harry not only loves participating in sport, he is also pursuing a career in Sport and Recreation. Recently, Harry completed work placement at Disability Sport & Recreation and Special Olympics.

Monty Cooper started in the world of Swim, Bike and Run when he was 6 years of age by doing the Noosa Tingirana Triathlon, a Triathlon for all ages and inclusive of all abilities. From here he began competing in the Weet Bix Triathlon here in Melbourne with a support buddy, his school swim teacher Anna. Monty then built the confidence and skills to train and compete on his own with an adult Triathlon Squad. Monty loves to run fast and has won the Victorian Cross Country Championships in its inaugural year. Since then Monty has competed in Western Australia at the Busselton Ironman Kids triathlon and more recently in Indonesia at the Bintan Youth Triathlon. Monty came first in the first race of the Triathlon Victoria Duathlon Series and third in race two. Monty would like to compete in the future in the sport of Triathlon at Worlds and eventually complete an Ironman. 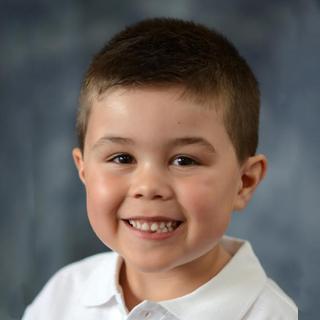 We first met Sonny and his family when they contacted AAA Play to find a sport for Sonny to join. Sonny played tennis prior to his diagnosis and loved it! Finding an accessible program in his area was the first step towards his sport and recreation goals.
Sonny Rennison has been nomination for the Variety Young Sports Achiever Award. Sonny's has a fantastic attitude in pursuing his passion for sport as well as advocating the importance of participation, regardless of adversity, to his peers and the community.

Recently AAA Play teamed up with the State Government of Victoria and VicSport to promote the AAA Play service to State Sport Associations, Regional Sports Assemblies, clubs, leagues and associations across the state. Sonny helped us to achieve this by featuring in a short video (view here), participating and speaking on the event panel (view here) and joining the AAA Play Ambassador team. 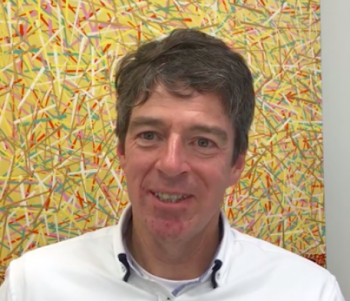 Tony’s intense pursuit of sporting excellence caught our attention as a regular supporter of AAA Play on our social media channels. From track and field, to football and gymnastics he has developed his confidence, aptitude and love for sport from a young age, and has no plans on stopping anytime soon.

Just keeping fit and active has changed Tony’s life, and he has pursued his passion with vigor, building his abilities to a high level of skill that has seen him win a number of medals at various track and field competitions. Sport makes Tony feel comfortable in his own skin, and he plans to pursue his goals by training regularly, with more wins and medals on the horizon!